This time I would like to recommend a documentary film by Piotr Niemczewski, known as Trip Hunter. Piotr comes from Poland and is currently studying in film academy in Los Angeles. One day he will undoubtedly become a famous director. I am crossing my fingers for that!

This documentary was filmed in 2019. Piotr, as the narrator, tells the story in Polish, but each person he interviewed speaks English. In the description of the documentary, you can find more details about what motivated Piotr to live with homeless people and interview them. For some of the viewers it may turn out to be a bit unbelievable and even shocking.

The short film truly opens your eyes on the perspective of lives of those who seem to have lost everything. However, if you expect a recorded view of smelly people and places, you will not see them in this documentary. Instead, you can hear touching stories of human choices that have been made in the contemporary world. Sometimes the stories may reveal the unfortunes that deprived some of those people of their homes and forced them to live “under the stars”. I do hope some of the stories may inspire us to struggle for what is truly meaningful in life.

Last but not least, it is a proof that knowledge of foreign languages, especially English, opens many paths wide open to be walked and experienced.

THE PENELOPIAD BY MARGARET ATWOOD

If you are keen on Greek mythology - this book is for you. 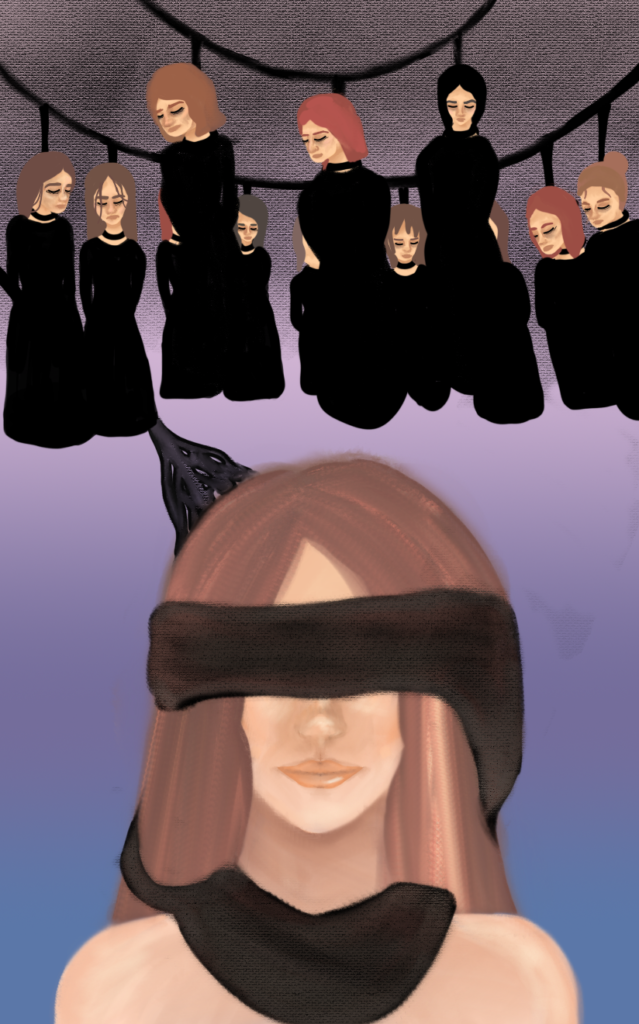 If you are fond of contemporary interpretation of myths - this book was written just for you.

If you have an inquisitive mind – you will love this fictional adventure.

Margaret Atwood decided to tell / retell the story of Penelope.

Well, in comparison to her husband, famous Odysseus, she was nobody important, definitely not a person whose name could deserve a story.

His story covers a long period of time, over 20 years, anyone can recite the sequence of his adventures. Many of them have become literary symbols and are still present in culture. But Penelope? She was just an Odysseus’ wife, the one remembered for her faithfulness and a clever plan of deceiving her suitors. She waited 20 years for her husband’s return, and to this day she has been remembered to have woven a shroud during days and ripped it during nights, to avoid being remarried.

The paragon of a faithful wife.

In a way this novel is an investigation – Atwood studied The Oddysey itself and found several puzzling surprises , among which there was one short sentence about 12 Penelope’s maids punished after Oddyseus had killed Penelope’s suitors. Why were they punished? What was their crime? Were they hung because they had served Penelope? Were they hung because they had betrayed her? Or the 20-year-absent lord of the house, Odysseus himself? Why were they sentenced to death?

You have to read this novel and find the answer yourself.

Don’t be afraid. This poem 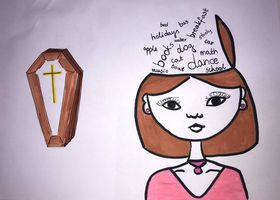 is not about death really.

It is only an impression,

a thought that has stuck to

coils inside a skull

and wants to be released.

I realised today that I do not

have any control over the poems

that left my head and

slid on a sheet of paper.

These poems are dead

and alive at the same time.

I don’t know how to change them.

They don’t let me.

As long as they were inhabitants

they were my children,

Now, since they are lying in front of me,

I am reading their bodies.

Their eyelids are closed, I cannot notice

They lie still in a paper coffin.

I would like to recommend a book by Elena Ferrante, “L’amica geniale”, which in Polish translation is “Genialna przyjaciółka”.

This is a story of friendship that grows on dusty soil of a poor Naeapolitan district. The central plot seems to concentrate on amity of two girls, Lena and Lila, but these are the girls’ relations with the entire world: peers, families and their tradition, streets, the district of Naples they live, finally with Italy itself , that is the true heart of this novel. 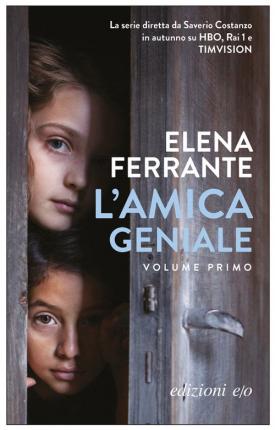 The story is told from the perspective of one of the girls, Elena who finds out that her best friend Lila has just vanished and, what is more, does not want to be found. That is the moment when Lena decides to tell the story of 60 years of their tangled relation. And so she does- masterfully.

Because it is not only the story of adventures and girlish chit-chats, it is the story of struggle to find a place in the unwelcoming world. Thanks to Ferrante’s narrative style the reader can experience that struggle from the very beginning and observe the italian reality through the eyes of little girls, than teenagers, finally women. It is a fascinating process, when it is possible to learn the realia of contemporary world along with the characters. First observations are limited to crampy space of staircases and playground, they gradually expand with the topography of streets and the district, then one day they lead to the exploration of the city of Naples.

The style of writing used by Ferrante is truly unique. The author manages to portray not only the history of Naples, but the history of Italy itself, writing about seemingly trivial friendship of young people. The talks they have with their friends bring readers the insight into social processes that took place in Italy those days. It is as though the author had a power to tell exceptionally complex story depicting everyday, mundane situations.